In light of the mass protests in Minneapolis, NFPA Journal Podcast is running an episode that first aired on January 12, 2016, which explores the many implications of civil unrest and mass protests for city fire departments. Most of the audio in the episode is from fire officials in Baltimore and Ferguson, Missouri, who discussed their experiences putting out fires amid gunshots and other challenges during the dramatic protests that occurred in their cities after two African American citizens were killed by police officers in 2014 and 2015. The presentations are from the 2015 NFPA Responder Forum.

Listen to the podcast here. 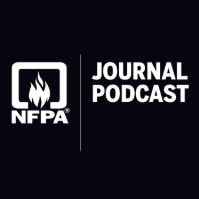 Additionally, a November/December 2016 NFPA Journal article, "Civil Action," explored how a fire chief in Charlotte, North Carolina, dealt with the fatal police shooting of a black man and subsequent protests in that city in September 2016. The chief was coincidentally attending the 2016 Urban Fire Forum at NFPA headquarters when he was notified of the shooting, and the Metro Chiefs had been discussing past protests. (Read the white paper they endorsed here.)

Now, similar events to the ones that occurred in Ferguson in Charlotte are unfolding again.

Last night, demonstrations erupted in Minneapolis, Minnesota, in response to the death of a 46-year-old African American man named George Floyd. Video had emerged days earlier of a Minneapolis police officer kneeling on Floyd's neck for at least seven minutes while Floyd was handcuffed and lying face-down on the road. Floyd was later pronounced dead at a local hospital.

As part of the protests that followed, angry citizens have looted stores and set numerous fires, including to a police precinct. While the demonstrations have been most pronounced in Minneapolis, protests have erupted across the country, including in Louisville, Kentucky, Denver, Colorado, and New York City.

On the re-aired NFPA Journal Podcast you'll hear the accounts from firefighters involved in responding to the protests in Ferguson and Baltimore. They share what they learned, and how they did their jobs in the face of a very difficult situation.