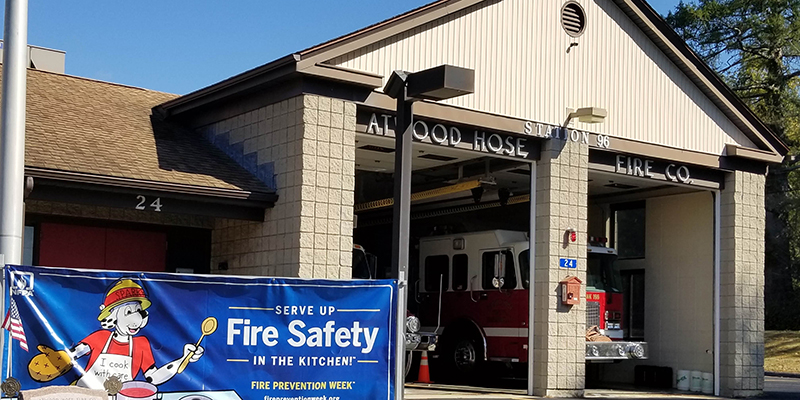 There’s nothing like a good stat or trend to make you pause and think.

So, when I looked at NFPA CEO Jim Pauley’s recent blog on Google Trends earlier this week and noticed deep in the report that “how to become a volunteer firefighter” hit breakout search engine status in the U.S. in November, my interest was piqued.

At NFPA, we generate a lot of standards, content, data, and research related to the fire service. We also collaborate with the National Volunteer Fire Council (NVFC) regularly on engagement efforts, so I know that recruiting and retention within the volunteer fire community has been incredibly tough for several years now – a concern that has only been compounded during COVID for myriad reasons.

But seeing that Google trend on my first day in the office in 2022 was promising. On further review, I learned that Google Trends uses the term “breakout status” when they see specific words being searched more than 5000% than usual during a short period of time - and that’s exactly what happened with “how to become a volunteer firefighter” in the 11th month of 2021.

Google attributes the interest to the historic wildfires of late that tore through California during the summer and fall, including the Dixie Fire that began in July and raged for three months. That disaster now ranks in the top 20 most destructive fires in California in terms of loss and deaths since 1991, and in the California top 20 for acres burned since the 1930s. And on the heels of that fire came the Caldor Fire in September which also is listed among the state’s leading fires in terms of land burned.

The Google search uptick begs several questions. For example, did people explore the web in November, not necessarily because wildfires were raging that month but more so because California experienced historically significant fires from June to September? Did they take a breath in November and wonder how they could respond or take an active role in helping? Is it a case of people having more time now because they have left their jobs or because remote work allows career-minded professionals to pursue a passion they may have had for years?

Hard to say on the rationale behind the buzz, but wouldn’t the Google shift be an excellent upside to all the wildfire destruction we have been witnessing or a global pandemic making us all rethink things?

We don’t know the reason for the searching activity, but the vocation of volunteer firefighting does offer altruistic and high impact benefits. Perhaps this is why Google tells us that Californians were among the top internet surfers back in November looking to learn more about the role. We’ve seen this type of action before. After 9/11, there was a huge influx of men and women interested in becoming first responders. The California wildfires may have spurred heightened interest. If that logic follows, maybe the December 30 Marshall Fire in Colorado that destroyed more than 6,000 acres and nearly 1,000 homes, and forced tens of thousands to evacuate, could also drive more activity on Google.

Any way you look at it, interest in volunteer firefighting opportunities is good news for eighty-two percent of the nation’s more than 29,000 fire departments that are volunteer or combination units (some career members). And I’d venture to guess that the more than 745,000 volunteer firefighters in the U.S., nearly half of whom have been members for at least 10 years, would welcome a recruiting frenzy as we near the two-year mark of COVID-19.

The timing of the trend is ideal as volunteer fire chiefs begin to plan out their 2022 strategies for community outreach, training, and their own professional growth. NFPA can help those leaders - and anyone else in the responder community who is interested in inspiring and informing existing members, the next generation of firefighters, or themselves.

On January 25, the Association will host a FREE Leadership for Emergency Responders online conference. More than 1,600 forward-thinking fire service officers and up-and-comers have already signed up for this timely one-day learning event (with on-demand access for up to one year). The complimentary program will cover topics such as transformational leadership, firefighting tactics, responder safety, occupational health issues including suicide, community risk reduction, diversity, inclusion strategies, and more.

Whether you’re in the volunteer, combination, or career firefighting space and inspired by the Google data or simply looking to take things to a different level this year – take advantage of these opportunities.

The nation’s firefighters, and the communities that they serve, deserve the very best in 2022.