The Fire Protection Research Foundation was born out of a growing need for research to better inform NFPA’s expanding body of codes and standards in 1982. To ensure the research remained independent, the Foundation was formed as a separate 501(c) (3) organization.  As we reflect upon the progress we’ve made through the decades, we recognize and salute the countless groups, organizations and individuals that have contributed to our collective achievements and look forward to advancing fire and life safety through research together for the next 40 years.

The National Fire Protection Research Foundation, the research affiliate of the National Fire Protection Association (NFPA), was founded 40 years ago on January 5, 1982 to sponsor and promote research and the development of technology that helps to protect life and property from fire. The mission of the Research Group back in 1982 was to improve the effectiveness and efficiency of fire protection systems and safety messaging for the benefit of the public and workers. Seventeen years after its launch, the name of the organization changed to the Fire Protection Research Foundation (FPRF or Foundation). Today, the Foundation continues to be guided by the same core principles – only with a much broader reach, given a wide array of emerging hazards, persistent life safety challenges, and global demand.

Since its founding, the Foundation has and continues to facilitate major research programs (both domestic and international in scope) that address industry challenges in a broad cross section of areas, including detection and signaling, hazardous materials, electrical safety, fire suppression, emerging technologies, wildfire, economic and environmental impact of fire, firefighter health and safety, among other critical and emerging fire and life safety issues.

You can read more about the Foundation’s history and how it operates here.

In support of celebrating four decades of facilitating research in support of fire and life safety community, the FPRF conducted a two-day free webinar series, which covered research topic areas and themes that are aligned with FPRF’s research priorities. This two-day webinar series consists of presentations by subject matter experts using a condensed format. See the agenda.

A note from the Foundation Executive Director 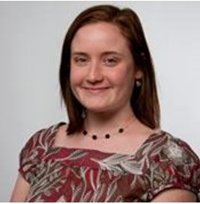 Amanda Kimball, the Foundation’s Executive Director, reflects on the past 40 years: “The Fire Protection Research Foundation could not have possibly had the impact it has over the past 40 years without strong support from NFPA and so many others who have funded our efforts and joined forces with us in the interest of safety. This milestone was made possible by diverse thought leaders who recognize the value of research and a devoted FPRF team who works each day to reduce risk in the world. And we look forward to many more years of collaboration and discovery.”

The Foundation through the years 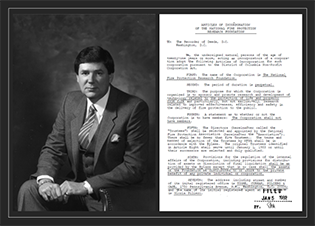 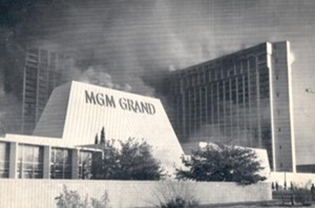 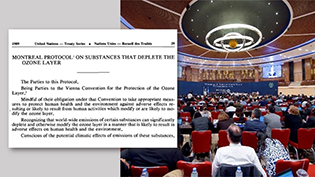 1988 - Environmental action on Halon Phaseout
In the 1980s, the environmental risk of ozone depletion became a significant concern. On September 15, 1987, the Montreal Protocol was adopted globally. With the fire protection community recognizing the risk of ozone depletion potential of Halon emissions, FPRF undertook a series of research studies in 1988 and 1989 to identify alternative agents and discharge testing for applications that would historically use Halon-based agents. 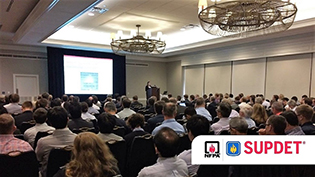 1997 - Inaugural SUPDET Conference
Mulhaupt noticed that a lot of research was going on, with very few forums for the work to be presented in one place, where presenters and attendees could gather and connect in person. So, a suppression and detection symposium (SUPDET) was created so the Foundation and others could present on the latest research in suppression and detection applications. The first conference was held in Orlando in 1997 and is still held annually today.
Learn more 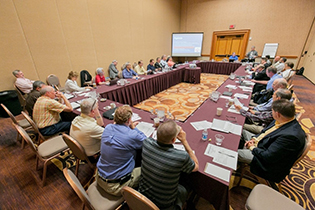 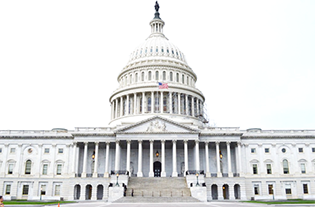 2005 - First Grant Received
FPRF received its First federal grant award of $119,000 from the Department of Homeland Security (DHS-FEMA) Fire Prevention and Safety Grant program in 2005 to study “Reducing fire deaths in the aged: optimizing the smoke alarm signal”; Since that time, FPRF has been awarded 47 direct grants and subawards. FPRF has received over $11 million in direct federal grant funding, where 13 grants were funded through the Department of Homeland Security, 11 were from the National Institute of Standards and Technology (NIST). 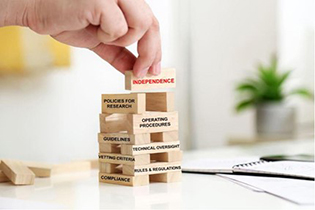 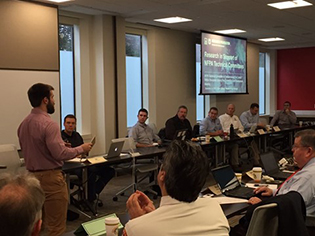 2006 - Initiation of the NFPA Research Fund
The Code Fund, now known as the NFPA Research Fund, was initiated in 2006 by former NFPA President Jim Shannon, to stimulate and provide a mechanism for facilitating research to support the work of NFPA Technical Committees and other NFPA activities. This FPRF activity is supported each year by a generous financial contribution from NFPA. Stakeholders are invited at the end of every calendar year to submit research ideas to the Foundation for consideration for the upcoming calendar year.
Learn more 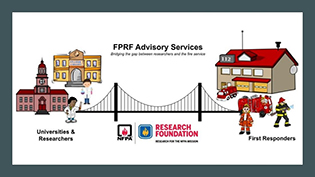 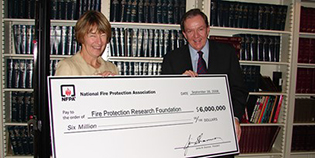 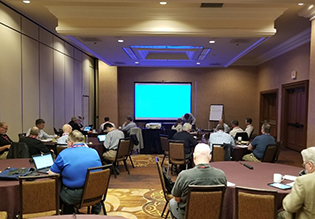 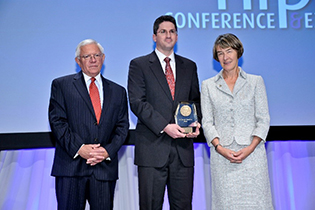 2011 - First Foundation Medal Award
The Foundation Medal recognizes the Foundation project completed in the prior year that best exemplifies the Foundation’s fire safety mission, technical challenges overcome, and collaborative approach to execution that is the hallmark of all Foundation projects. This award was first given in 2011 to Code Consultants, Inc., and Underwriters Laboratories for a project on "Antifreeze Solutions in Home Fire Sprinkler Systems". This award has continued to be given annually to the lead researchers, sponsors, and project technical panelists of the awarded project. 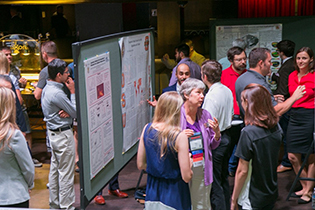 2012 - Initiated FPRF Student Project Initiative
In 2012, FPRF initiated a Student Project Initiative which had a goal of exposing students to real-world projects while addressing timely issues and information needs of the fire protection and safety community. Every year, the Research Foundation works with NFPA Technical Committees and other stakeholders to identify a range of projects, typically small literature reviews or assessments that could be completed by graduate or senior-level graduate students, that meets the information needs of the fire protection community.
Learn moe 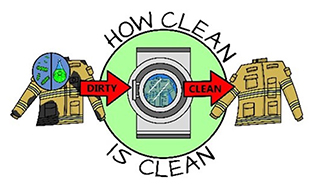 2015 - Foundation received first grant to address firefighter PPE Gear Cleaning Validation
In 2015, the Foundation received its first DHS-FEMA Assistance to Firefighters Grant (AFG) grant to address a critical firefighter health and safety topic, of cleaning validation of firefighter personal protective equipment. Since then, the Foundation has been addressing this critical topic of “how clean is clean fire protective clothing?” by successfully receiving two additional grants in 2018 and 2021, respectively.
Learn more

2021 - Founded the Energy Storage Research Consortium
In the past few years, a growing number of stakeholders expressed a need for a forum to strategically identify and deliver credible and publicly available research and data on the hazards associated with various battery and energy storage technologies, that can inform the development of regulations and procedures that are grounded in research. Based on this need, FPRF formed a new Energy Storage Research Consortium to allow stakeholder to come together and have a forum to discuss industry-relevant challenges, identify research needs, and have a continuous funding mechanism to support transparent battery research. 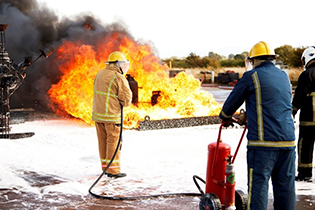 2022 – Fire Service Roadmap for the Firefighting Foams Transition
The Fire Protection Research Foundation was awarded a DHS-FEMA Assistance to Firefighter Fire Prevention & Safety Grant in September 2020, to develop a strategic roadmap and guidance for the fire service community while transitioning from fluorinated firefighting foam (i.e., aqueous film forming foams) usage to more environmentally friendly alternatives.  A final report documenting this effort is forthcoming and is anticipated to be published in April 2022.
Learn more